I was just talking to my roommate (Hi, Mom!) about Stranger Danger (note to self: Add “Stranger Danger” to list of possible band names) and how she prepared her children to keep an eye out for Bad Strangers.

My brothers are several years older than me, so I don’t really know their experiences with strangers, how they knew when someone was out to get them, or when someone was just being friendly.

Actually, I have heard stories, but this blog is all about me and how great I am, not about how my brothers used to be cute. I’ll show my mom (hi, roommate!) how to revive her blog so she can write about that junk.

I use the term “Bad Strangers” uncomfortably, because no one thought to tell me that there was such a thing as Good Strangers. It was strictly, “There are bad guys (not women, just bad guys) who are going to steal you and keep you in their closets, and there are friends that you know.”

Outside of things my mom and teachers taught me, I felt pretty well-versed about strangers from things I accidentally watched on scary shows that my brothers were allowed to watch. My mind tells me that it was Lifetime Movies for Women, but it was more likely Unsolved Mysteries. This is 35% true because I don’t think tween boys purposely watch Lifetime movies marketed toward older women and (math… math…) 65% because I don’t think Lifetime Movies for Women was a thing back then.

From TV and adults, I knew the following:

Strangers were going to try to talk to me. Not a matter of if, just when.

They were going to drive vans

They were going to offer candy

They were going to wear hoodies

Not to fret, I was armed with skills and ready.

I was approximately age 7. I was riding my bike up and down the driveway, which seemed to be about a good mile long. I figured there was room for a candy store, post office, and bike shop along the sides. In my mind’s eye that’s what I passed when I rode up and down the lane. In reality, it might have fit two cars, front to back if they sucked it in.

Then I saw her. Yes, it was a her, which the movies and lectures did not prepare me for. They always said the strangers would be men, but I was a young feminist since birth. I knew men and women were equally as capable at accomplishing anything, and that included concocting elaborate plans to kidnap me.

Again, in my mind’s eye, I acted natural and continued to ride my bike on my road trip up and down the driveway. In reality, the closer the woman, donned in neon-colored walking gear, came to me, the slower I rode and stronger I stared at her.

Now, in the movies and lectures that were given to me, no one ever stated where I should go when I sensed that a kidnapping was underway. It didn’t occur to me, as my kidnapper approached, that I should run into the house and alert any of the three relatives inside that my kidnapper was on her way.

I just eyed her.

Dressed in my biking helmet, black cotton shorts, and hot pink shirt, I slowed my bike under the apple tree at the end of my driveway. I repeated my Stranger Danger lessons in my head.

When the Stranger talks to you, don’t respond.

When the Stranger grabs you, scream.

When the Stranger invites you into her… well, she didn’t have a car, but if she had one, I was to run away from it and scream.

I felt pretty confident that she had a getaway car around the corner, because they always did on the Scary TV Shows. I was ready.

Without my brothers around, I felt older and ready to be responsible for myself.

The Kidnapper finally briskly approached and our eyes met.

I caught my breath, ready to do everything I’d learned. Elbow her in her boy parts if she got me. Scream. Run into the house. Call the police.

Yeah, right, I thought, gripping my handlebars tightly. That’s what they all do.

Uh-huh. I thought, with my helmet slipping over my eyes. Pretend you’re just a grown up.

“Good morning,” she spit out between gasps, exhausted from her walk.

I blinked and finally took my feet off of my bike pedals in the grass under the apple tree.

I’m not supposed to say hi to you, my mind said. You’re a Stranger.

My mouth just fell open because I couldn’t decide if it was a test? Should I see what happens if I say Hi? Or let her go.

By now, she was half a block away, and my mouth was stuck between a “Hi” and a “Huh?” Now I was just a little girl standing under the apple tree, her head turning to watch the neighbor lady walk around the block.

I was ready for next time, though.

According to everything around me, someone is out to get me. Because strangers haven’t lured me into their van with candy, I’m straddling the line between relieved and offended.

I’ve figured there are three reasons why I’ve not been kidnapped:

1) I’m so good at avoiding Stranger Danger that word has gotten out and Strangers aren’t even going to try. Yeah, dat’s right.

2) Strangers just haven’t tried yet and I need to continue living life in great fear with my tactics at the forefront of my mind — scream, elbow in boy parts, run home, call police. I can probably rearrange those now that cell phones are a Thing.

3) I’m not even worth anything to Strangers, which I find really offensive and would like to have a good sit-down with a Stranger to fully understand why I’m not worth kidnapping. I’m sure they could demand a healthy ransom. However, I’m not getting any younger, so the price is bound to drop.

I'm in my 30s and that's startling. This blog is about random observations that I make, because it seems that I have a unique perspective of the world. Join me. View all posts by Megs

9 thoughts on “The Time I Wasn’t Kidnapped”

Look! I Just Wrote These!

Writings As Old As Last Month 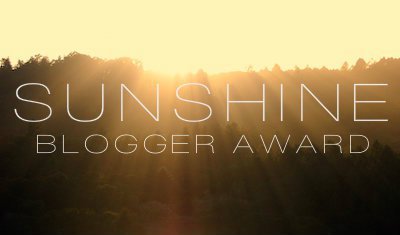